If you look beyond the dazzle of their flashing lights, there is much to appreciate about fireflies. Just to get one misconception out of the way, they aren’t actually flies. They are beetles, the most diverse group of insects on the planet. There is a story about a famous biologist, J.B.S. Haldane, who when asked by theologians what he would conclude about the Creator by his studies of nature, replied “God has an inordinate fondness for beetles.”
Theirs is a cold light. It is produced through a complex chemical reaction, and is like a chemical laser. Their scales are like little prisms or roof tiles that diffuse light. Fireflies produce light that is virtually 100% efficient. That is in sharp contrast to our own lights- incandescent lights only give off 10% of energy as light, losing the rest to heat. Research in the past few years has focused on fireflies to help us in building better sources of light. The chemical reaction of fireflies is being explored with applications like night-lights that would provide dim but persistent lighting, and their internal physical structure is being applied to make more efficient LED lighting.
Many fireflies have light even from their infancy, such as glowworms, and even the eggs of some species are known to flash. But it is the adults that are the most amazing with their conversations in light. These displays warn away predators, claim territory and advertise for mates. In some species, females mimic the flashing of another species of firefly, attracting unsuspecting males who she then eats. But not to be outdone, the males sometimes imitate the species the females eat, and when she expects dinner, instead she finds a male who wants a date.
But enough about the science. Fireflies create magic when they light up a summer night. I grew up with fireflies, and their silent lanterns bring back many happy memories of walks in darkening June forests. Growing up on the east coast, they were part of the rhythm of the seasons, a measure of summer’s sultry passage. When I moved to Washington, I was sad to experience summers without the flash of fireflies. Although there are fireflies in the western US, only those east of the Rockies flash.
When I moved back east I was happy to enjoy the familiar evenings filled with fireflies, and thrilled when I discovered that only a short trip away was one of the few synchronous fireflies in the world. In the Smoky Mountains, Photinus carolinus fireflies appear every year generally in late May or June to put on a spectacular show. If regular fireflies are magical, these are like the Penn and Teller of the firefly world. Tickets to the Synchronous Fireflies Event at Elkmont sell out faster than a U2 concert.
I went there last year for one night, but of course that was the only night of the entire firefly event with heavy rain. I only saw them flashing as I walked out to the last shuttle bus of the night, and vowed to return. This June I made reservations for a campground so I wouldn’t need to rush out at the peak of the firefly display. Over three nights I managed to capture some photos of their amazing display. The best photos came on the last night, after a heavy rain cleared the woods of other firefly watchers, and their flashlights. In the darkness of the dripping woods which I now had to myself, I was able to capture a succession of images of the amazing synchronous display. In this photo, there are so many fireflies they look like a swirling cloud.

Luckily for me, right here in my yard the ephemeral flashes of fireflies light up the darkening sky for months, with a series of species replacing each other as the year goes on. Last year I saw my last firefly on October 6th. I know it is anthropomorphic but have to admit I felt sorry for it, flashing on its own for more than a week before it disappeared with the first really cold autumn weather. I saw my first this year in March, though I didn’t see any light displays until April.
In addition to the synchronous fireflies, my favorite is one that starts here in Tennessee in mid to late June, mainly in the woods. They start flashing before the sun goes down and peak soon after sunset, rapidly stopping soon after it gets completely dark.
So how best to capture their beauty? A single picture makes them look just like a beetle, not very glamorous. Though it is neat to see them flying, as in this photo.

My favorite technique is to capture how they move and create amazing patterns. This meant I had to mount my cameras on tripods to allow for long shutter speeds. I experimented with a variety of settings changing the ISO, aperture, shutter speed, angles, focus, and just about every other variable I could think to explore. Some of the photos I took were just one image, taken in near total darkness over several minutes so the light trails of several fireflies traced a pattern through the trees. Others were composed with image stacking in mind. I took anywhere from a few to a few dozen images from one vantage point and in the computer stacked them on top of each other to show each trail over time. When superimposed, as in the photo here, this creates a hyper real view of fireflies since there are never as many at any given time. 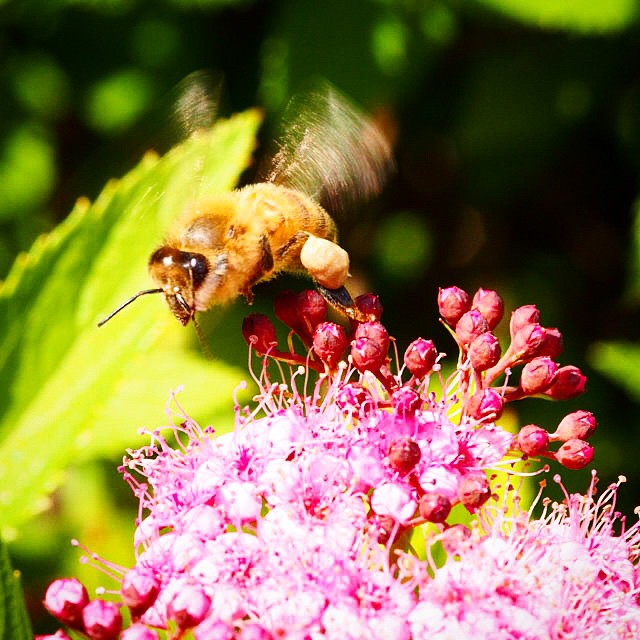 In a North Carolina garden this honeybee has just launched from the Spirea flowers. I shot at 1/400 to get the flower […] 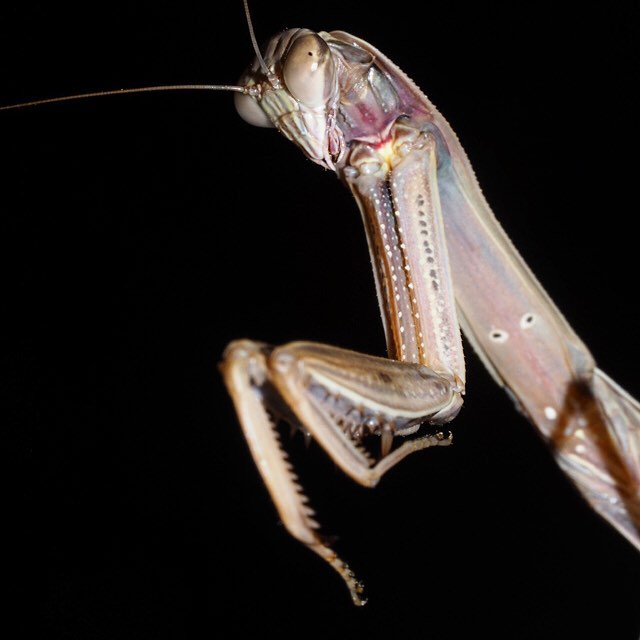 The praying mantis is named for its posture of apparent prayer with its forelegs as seen in this photo. I imagine this […] 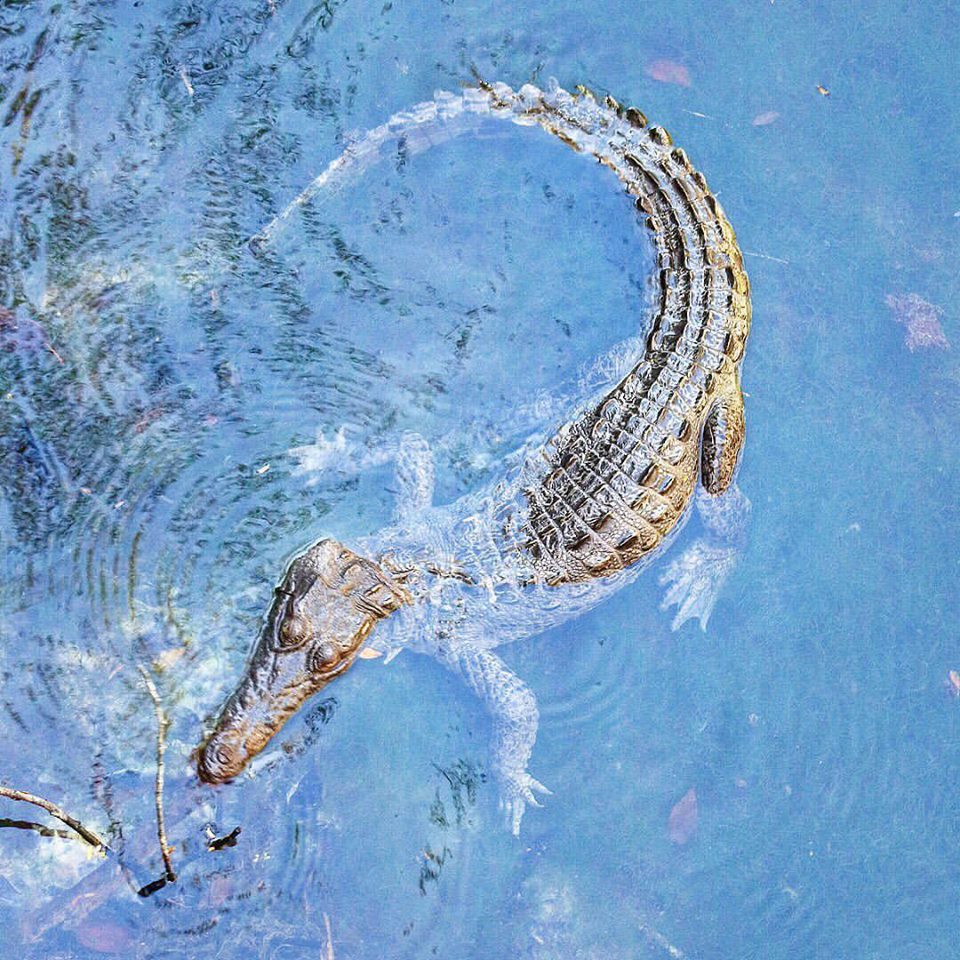 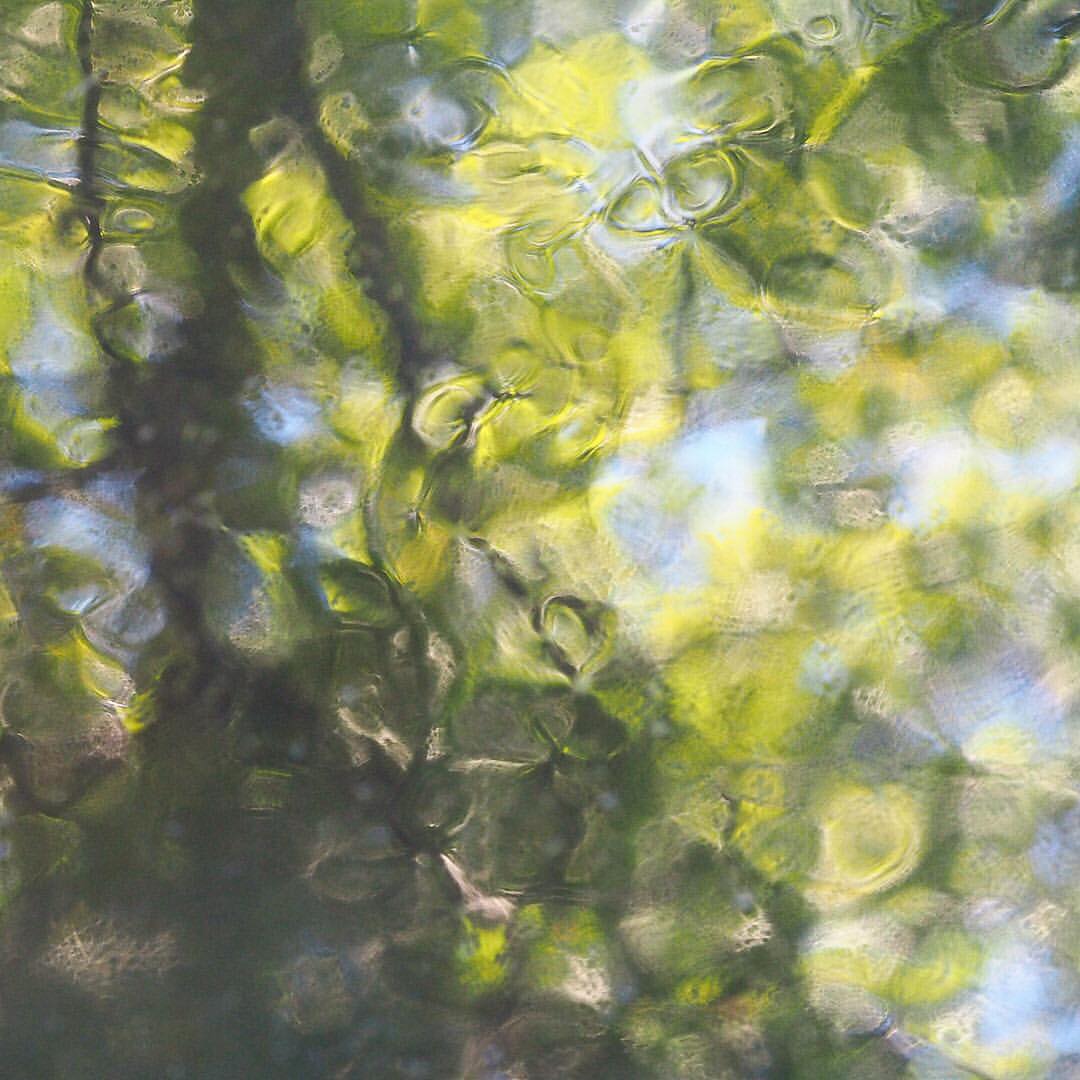 The birth of impressionism had an unpromising start. The critic Louis Leroy coined the term impressionist in the title of his unflattering […]